Joined to the suit is the acting Acting Editor of the newspaper, Benjamin Akuffo and Nii Tetteh Tettey, Executive Director of Strategic Thinkers Network (STRANEK).

The Minister in his writ argued that on Friday, August 23, 2020, his attention was drawn to a defamatory news item on page 5 of the newspaper publication captioned; “Alleged Ethnocentric Comments: CSOs call for dismissal of Minister”, and same published on its website.

In the suit sighted by Dailymailgh.com, Mr. Osei-Mensah argued that a press conference held by STRANEK, the third defendant, also accused him of making “ethnocentric comments against the people of Northern descent and the full text was carried in the Friday, August 28, 2020 edition of the Insight Newspaper.”

According to the former Bosomtwe Constituency legislator, the claims made by the newspaper and STRANEK are defamatory and were made without basis, adding that the said publication has completely soiled, damaged, or dented his hard won image.

Having shot down the allegations levelled against him, he is therefore through his solicitors, seeking compensatory damages in the sum of GH¢10,000,000 for loss of reputation against the defendants together with general damages.

Among his reliefs, the Minister is also demanding an order of injunction directed at the defendants, agents, assigns, privies from continuing to make a further defamatory publication about the plaintiff.

Attached is a copy of the suit: 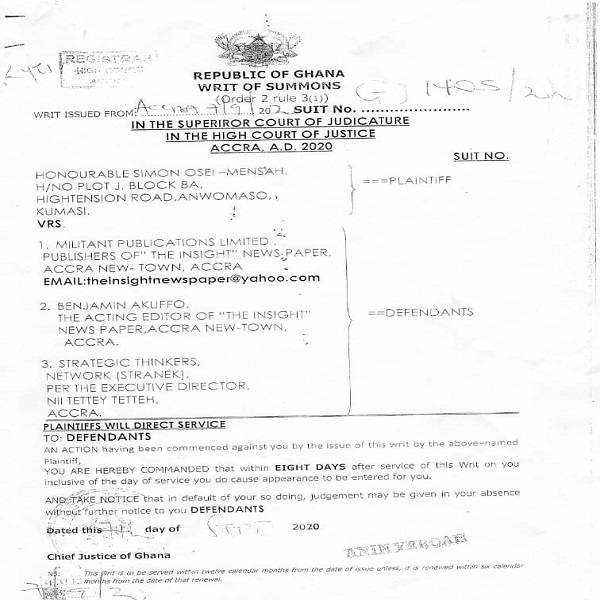 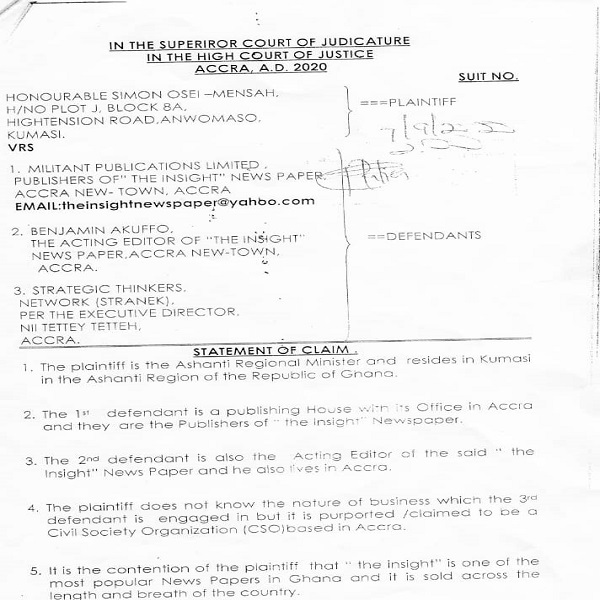 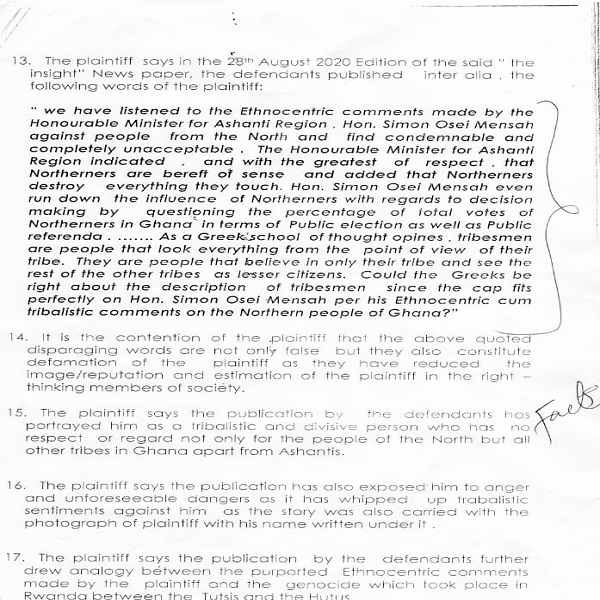 Anas has been more persecuted under Akufo-Addo – Mahama