Some youth of Juapong blocked the main road on Wednesday, August 12, 2020, after the killing of a businessman in the area by suspected robbers. 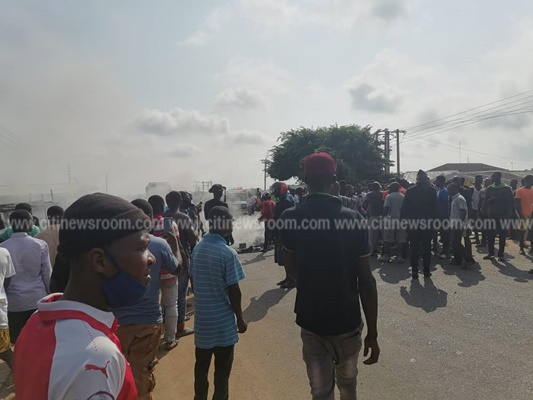 The incident happened on Tuesday, August 11, 2020, at about 11 pm while the deceased and his wife were returning home from work. 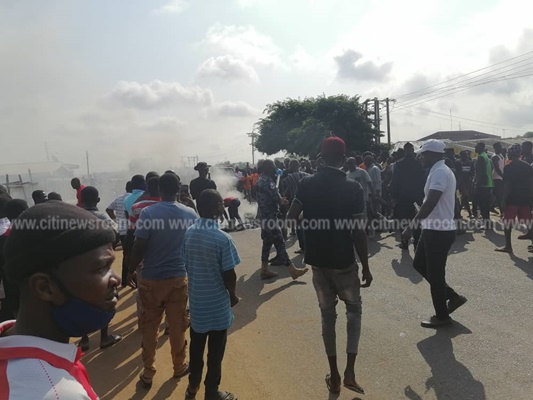 About three men reportedly accosted the two and shot the man after a short confrontation at a suburb called Deeper Life. 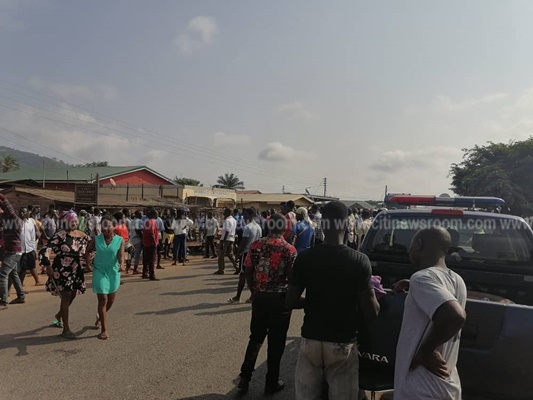 Eyewitnesses say the police delayed in responding to distress calls after the incident which angered the youth and caused them to mount roadblocks and burn car tyres in protest.

Citi News understands that police from the Juapong Police Command arrived at the scene and calm has been restored. 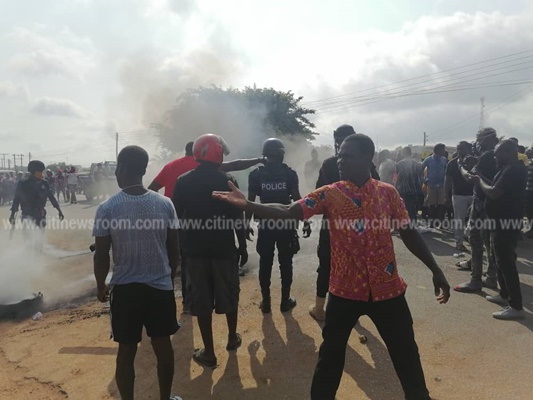 A brother of the deceased in narrating the incident said, “I was in the room and I heard a call from one of my tenants that my brother has been shot down there so I asked what happened. The wife told me that they were going home around 11 pm and they saw a gentleman coming out from a dark corner on the way and before they realized, he was about to attack so she called her husband that armed robbers.” 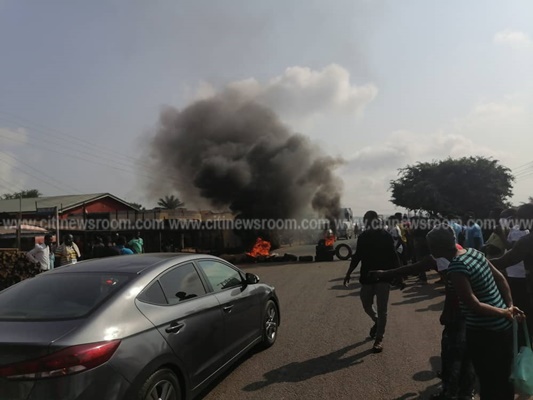 “So the husband told them that if it is money they want, here is it. They should take it, but they said we are not after money so when he started to run away, someone had shot him from the back.” 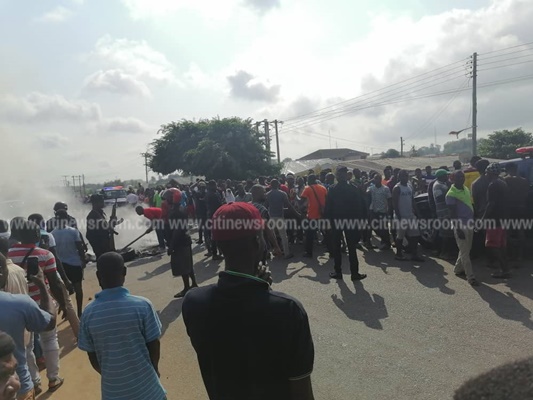 Another resident of the area also said, “We got the information this dawn at 1 am that one Samuel Nyamado popularly known as Sonny has been gunned down when he closed from the shop and was going home. He has a provision shop just across the street where the incident happened and what brought out the riots was that they say thing happened around 10 pm to 11 pm but until the youth block the way, the police has not been there but right now the calm has returned to the place because the police Commander and some police are there now. 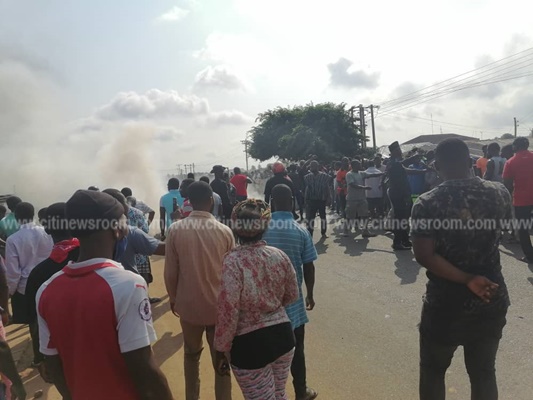