I am needed everywhere in the world, I got a call from BBC after the awards- Dr UN brags

Founder of the UN leadership award scheme Kwame Owusu Fordjour is seemingly, the least bothered by criticisms that have followed an expose about his controversial awards.

Aside basking in the fact that he was able to successfully pull off the award scheme, having scammed a number of popular personalities in Ghana, he has recently said that the British Broadcasting Corporation and other reputable foreign media reached out to him after the event.

Kwame Owusu Fordjour’s award scheme gained popularity and was subjected to scrutiny after he recently awarded some celebrities, government officials and leading politicians in the country. 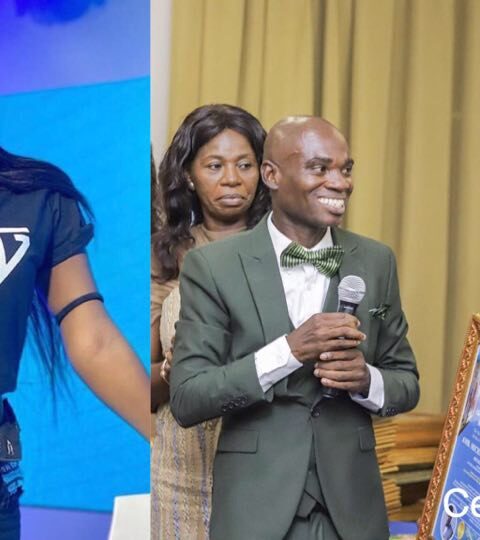 Dr. UN is seen in another viral video, bragging about how international media are reaching out to him after the awards.

“I am needed everywhere in the world, I just got a call from CNN and BBC. Those who know me in London and the USA know that I am a powerful man,” he said.

Reacting to claims of Dr UN being a fraudster, he said, “Their terms fraudster and scam don’t define my intellect, my PhD and my global studies. I am not afraid of anybody. I respect people’s ideas so they should respect me too. I will be holding a press conference soon!, he bragged.

On the amount of money he invested in the awards scheme, he revealed that he committed over $10,000 to the event.

Stonebwoy: I’m open to having a football club

Stonebwoy: I’m open to having a football club